Hi Everyone!
As you know I try to keep my blog for art, garden, food and happy things. However, I did mention that I would take a look at the US presidential debate and I did watch the entire mess.  I am naming it, "Debate Disgrace."  I am also NOT having an argument here. These are my opinions, and for now, I still have the right to them.  If you don't agree with me just move on to the next blog and don't leave a mean or nasty comment.
There is a man in the white house that has told us exactly what he will do since 2013. He wants to be (is) a dictator. This doesn't happen overnight but dt is so blatant about it that only the blind of mind won't see it.  Last night he showed us exactly who he is and what he is going to do. He is a bully, so stupid that only shouting and talking over others is his way to distract. He can only belittle, hurt and talk badly about anyone who isn't loyal to him. However, with that, he belittles, hurts and talks badly about those who are loyal to him. His only loyalty is to himself.  He will NOT accept the election, he WILL call upon his blind loyal troops to make war in the streets, he WILL not take care of America or the American people. He has NO plan except to fill his pockets with illegitimate money, help Russia, and destroy America even more than he has. dt is a hater, a racist, thinks we are disgusting, and will do anything to get what he wants.
Do you think dt NOT doing the right thing with Covid is an accident? He is purging our country with out the gas chambers. Think about who Covid hits hardest, the elderly, people of color, people with underlying health conditions.
If you don't think we are about to lose are rights, you better do some research. Especially women's rights. I am heart broke that for 100 years the fight we have put up may disappear in a stroke of the pen.
He wants the west cost to get out and rake the forest to stop the fires. He thinks climate change is in his words a "hoax"
He has NOT brought in more industry.
He is NEVER at fault. It is always the fault of someone else.
He distracts, lies, cheats, and calls that smart.
I have a friend who paid $4,000.00 in income taxes this year. I asked her if she is pissed of about dt not paying and then only paying $750.00. She actually defended him.
I am at a loss at what people see in him. Why it is ok for him to do what he does and some
people just think it's OK?
There is a lot more I can say but I wanted to stay with the Debate Disgrace.
I am not angry, I am so entirely sadden that there seems to be nothing congress or any other entity can do to get rid of him. His republican senate followers are just as bad. While we still can EVERYONE needs to vote on every level. Senators that help dt need to be voted out, dt needs to be voted out and then do what ever we can, what ever we need to do to get him out.
Will I watch another so called debate,  because in all the chaos, the shouting, the taking over and the bullying dt tells us his next step. 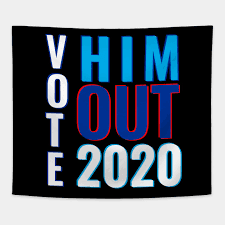 Nicole/DVArtist
Honor and integrity in art, in life.
beadwright.com
at September 30, 2020