Hi Everyone!
The Internet, as we all know, has allowed us to travel the world, see sights we would never have seen, and educated us in ways that no one expected. Even though I have always felt I was born in the wrong century I do enjoy traveling the world via Internet. Especially the art world. Today I am sharing the art of Boris Indrikov from Russia. 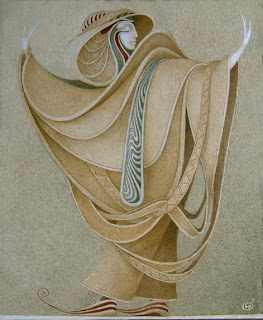 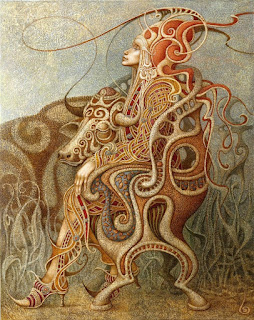 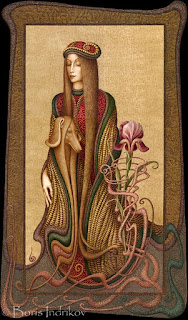 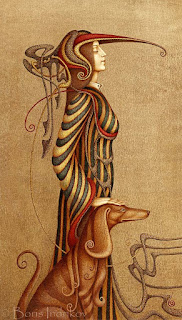 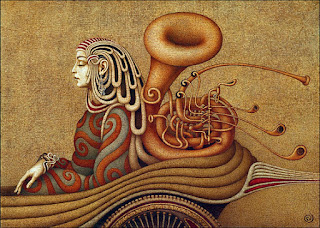 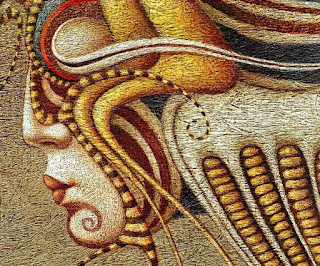 Honor and Integrity in Life in Art
Nicole/Beadwright
at December 11, 2012

Very interesting....love how he sees things and then puts them on canvas. Awesome post Nicole!!

Wow! I just love lines of his work. So flowing!

I love the connections between the strong rhythmic patterns with the formal structure of the compositions. There is an intimacy created with the grace and strength of the arching lines which gives the paintings a fantastical quality. Brilliant. 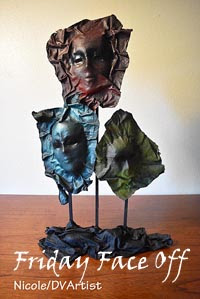