Greetings!
Today is TAD, Thursday Art Date with Rain.
The theme is "Cake".
The history of cake dates back to the 13 century It is a derivation of 'kaka', an Old Norse word. Medieval European bakers often made fruitcakes and gingerbread. It wouldn't be until the 17th century that we get round cake with icing.

About cake The history of cake dates back to ancient times. The first cakes were very different from what we eat today. They were more bread-like and sweetened with honey. Nuts and dried fruits were often added. According to the food historians, the ancient Egyptians were the first culture to show evidence of advanced baking skills. The Oxford English Dictionary traces the English word cake back to the 13th century. It is a derivation of 'kaka', an Old Norse word. Medieval European bakers often made fruitcakes and gingerbread. These foods could last for many months.

According to the food historians, the precursors of modern cakes (round ones with icing) were first baked in Europe sometime in the mid-17th century. This is due to primarily to advances in technology (more reliable ovens, manufacture/availability of food molds) and ingredient availability (refined sugar). At that time cake hoops--round molds for shaping cakes that were placed on flat baking trays--were popular. They could be made of metal, wood or paper. Some were adjustable. Cake pans were sometimes used. The first icing were usually a boiled composition of the finest available sugar, egg whites and [sometimes] flavorings. This icing was poured on the cake. The cake was then returned to the oven for a while. When removed the icing cooled quickly to form a hard, glossy [ice-like] covering. Many cakes made at this time still contained dried fruits (raisins, currants, citrons).

It was not until the middle of the 19th century that cake as we know it today (made with extra refined white flour and baking powder instead of yeast) arrived on the scene. A brief history of baking powder. The Cassell's New Universal Cookery Book [London, 1894] contains a recipe for layer cake, American (p. 1031). Butter-cream frostings (using butter, cream, confectioners [powdered] sugar and flavorings) began replacing traditional boiled icings in first few decades 20th century. In France, Antonin Careme [1784-1833] is considered THE premier historic chef of the modern pastry/cake world. You will find references to him in French culinary history books.

If you are interested you can read more here
My contribution today is a home made lemon cake with home made whipped lemon, butter, sour cream frosting. Topped with lemon zest.
I baked these in  round spring form pans 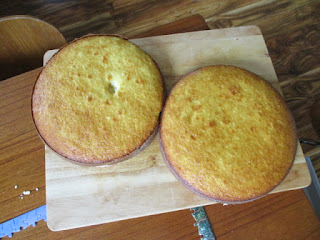 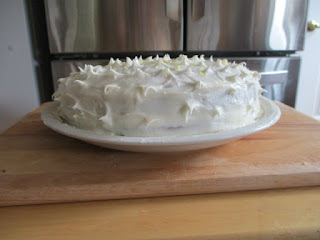 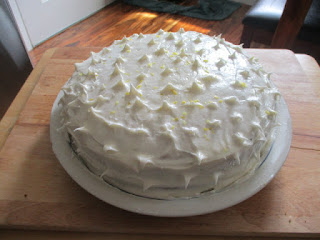 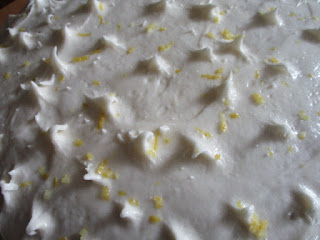 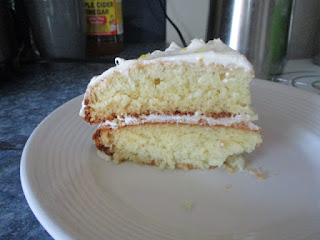 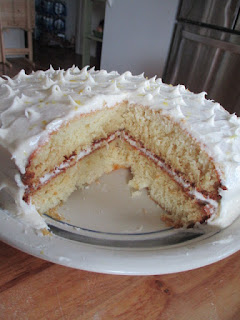 You have now seen the cake in all angles. LOL
Can't wake to see what the rest of the artists have created.
Be Safe Out There And Still Wear A Mask
Nicole/DVArtist
Honor and integrity in art, in life.
beadwright.com
at May 05, 2021